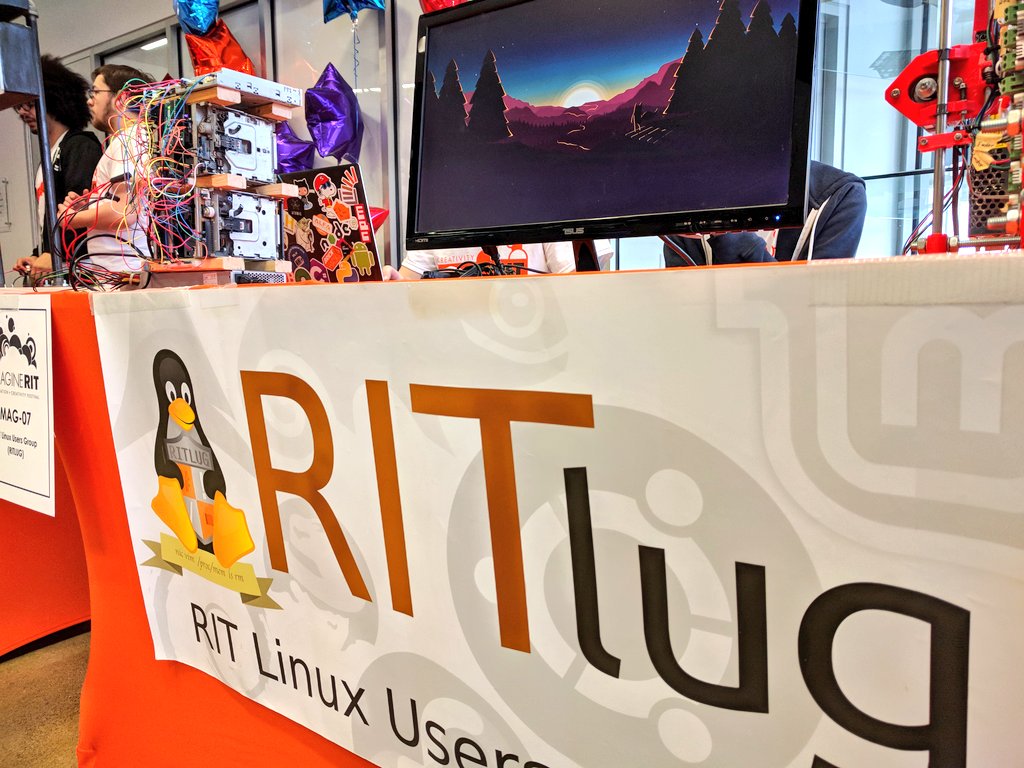 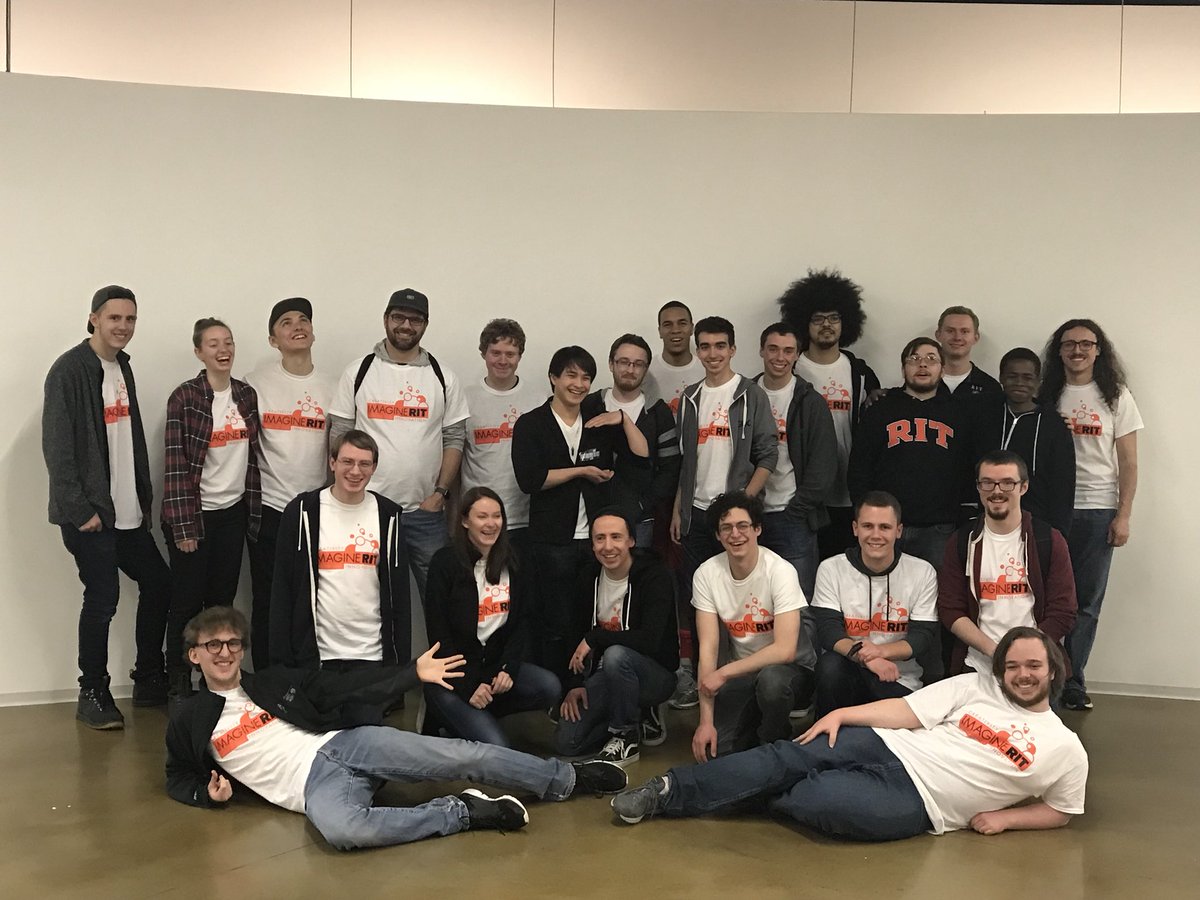 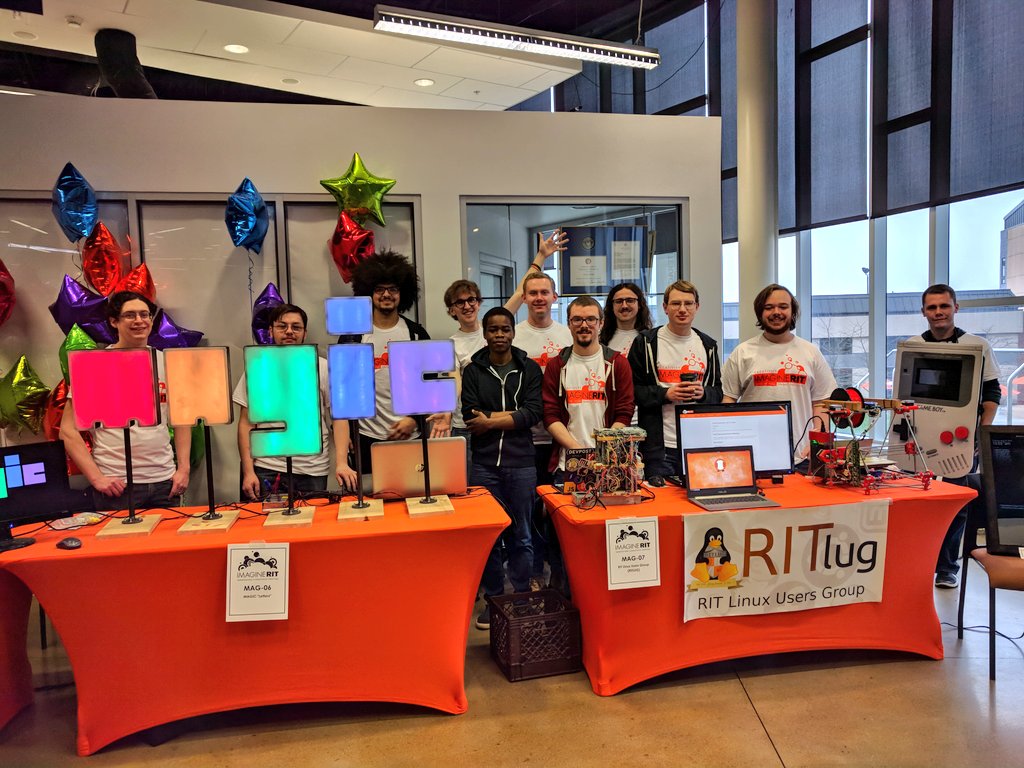 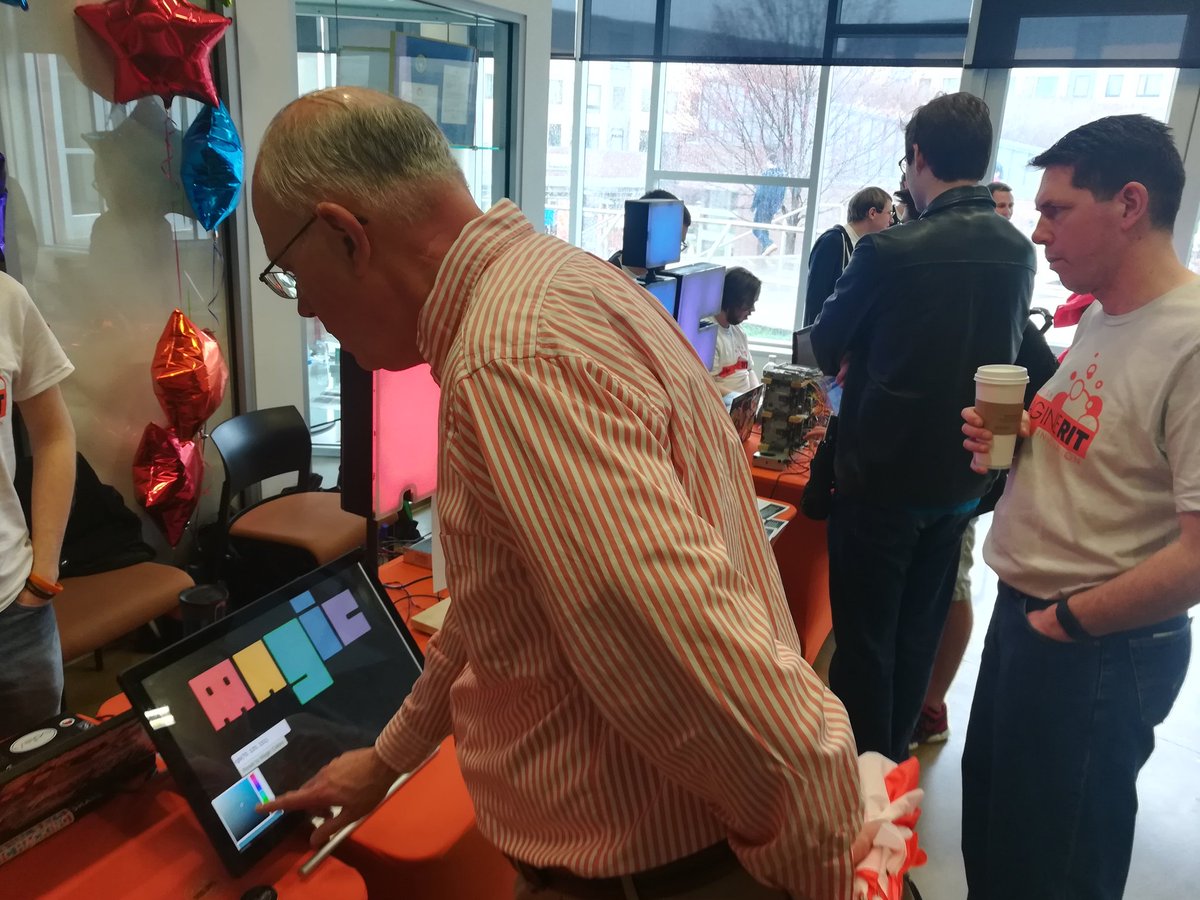 This year at Imagine RIT we presented Tiger OS, Musical Floppy Drives, a home made 3D printer, Magic Mirrors, and a RetroPi costume. TigerOS is our custom linux distribution based on Fedora which is tailored for RIT students. The musical floppy drive project is 10 floppy drives connected to an Arduino board to play music. The Magic Mirror is an open source smart mirror which runs on the Raspberry Pi. The Retro Pi gaming costume is the pet project of Taylor Bowling where he mounted a fully functioning Retro Pi in a neat costume with working controls.

RITlug is looking forward to next year’s Imagine RIT.